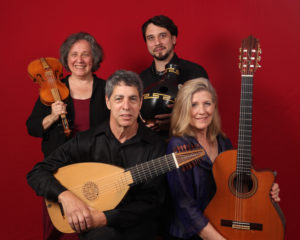 All the songs on “Kaminos” are sung in Ladino, the language that the Jews of Spain carried with them into exile and preserved over the centuries in their new communities in lands around the Mediterranean and beyond. Ladino is now considered an endangered language, but new efforts are underway to preserve it, including in the newly created Sephardic Studies program in the Stroum Center for Jewish Studies at the University of Washington.

In each song’s notes (see links below) I have tried to summarize what I know of the history and places of origin for these songs, and have provided attribution that includes who we learned the songs from and where they can be found in print. Unfortunately, some of the collections (Algazi, Levy) are out of print, but diligent searching (including at the Library of Congress in Washington, D.C.) will yield positive results. In addition, some of the anthologies, like Algazi’s, give us no indication of where the songs were collected, and Levy provides only a city or country of origin, without any additional information on the singers.

I invite anyone who reads these notes to correct or amend what I have written.
–Howard Bass, October 2016 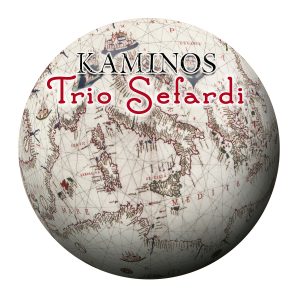 Instrumental songs are in italics

For notes on the Ladino language, Sephardic history, and much more, please see the resources section on this website.

Reviews of the CD

Thanks for the new CD. It’s terrific. Rich, deep, eloquent music. The singing and playing are impeccable, the arrangements perfect, and the audio production stunning. It’s ancient, melancholic feel notwithstanding, the music also seems very present. Congratulations to you & your collaborators.”
-Terrence Winch, poet, composer, musician

“I listened to my copy yesterday, It is wonderful music, well-played, of course. And great fun. I was surprised at the variety (though I shouldn’t have been). Some seems to have come from Cairo, others from Buenos Aires, still others from Medici Florence.”
-Jim Voorhees

“The CD is a religious experience. I’m not Sephardic, but the music has such an ancient but familiar feel, and calls up so much history and story and spirit. The whole thing is so extraordinarily gorgeous and completely spellbinding. CONGRATULATIONS on such a precious CD!”
-Shoshana Davidson

“This is a polished gem of an album. The musicianship, singing and arrangements are all absolutely splendid. Three cheers for Trio Sefardi !!!”
–Solomon D. Moses

“Listened to this CD all morning, made me want to dance and sing!”
-Cynthia Ann Curry

BRIAN KAY
Brian Kay is a modern-day troubadour. A critically acclaimed singer and instrumentalist, Brian performs throughout the US, both as a solo artist, and with a number of esteemed ensembles. His concerts have been hailed as “Far-ranging”, “Brilliant”, and “Exciting.”-Cleveland Classical His guitar work “reminiscent of contemporary banjo virtuoso Béla Fleck.”-BachTrack “Singing with a pure, centered sound and impeccable diction, he’s a natural-born storyteller. At times the lead vocalist of a rock band, at times an art-song singer, and at others a shy poet, he had you hanging onto his every word…his attributes made for a memorable listening experience.”-Cleveland.com

He has been featured at distinguished venues such as Carnegie Hall, The Kennedy Center, Shriver Hall, and The Boston Early Music Festival. His live radio appearances include NPR, Baltimore’s WYPR, Baltimore’s 98ROCK, Boston’s WGBH, and Cleveland’s WCLV. He has recorded with record labels Avie and Sono Luminus and has two acoustic solo albums; Ocean (2013) and Three Ravens (2015). He performs with Apollo’s Fire, Ayreheart, Hesperus, Twa Corbies, and is a founding member of the early music improvisation group Divisio.